There are no official numbers, but it is estimated that 10 million Roma live in Europe and they represent the poorest people group on the continent.

There are estimated to be about 25,000 Roma living in Australia. The President of the Sinti-Romani Organisation in Queensland, Yvonne Slee, explains their origins.

“We originate from India. In the 11th century groups of Indians were taken out by Mahmud of Ghazni the conqueror, and he took the people out, he took the gold, he took jewels, he burned down temples and he did that over 30 years.

Many of us were taken out of there and ended up in Afghanistan for a while because that is where he went and then after the army was defeated by the Seljuks we ended up in Anatolia where we stayed for 200 years and that is where we crystalised into our own culture.

The words that we use now, our language still has a lot of Indian words, Hindi mixed with Greek words.

And then we went on further westwards into Europe, because the Ottoman Empire encroached on Anatolia and so we were pushed out again and we had to go further, into Europe”.

Ever since the Roma arrived in Europe they have suffered discrimination and everywhere they have settled, they have ended up with inferior social status, education, employment, wealth and political power.

During the Second World War, hundreds of thousands of them were burnt in the gas chambers by the Nazi Germans.

David Diaz-Jogeix is Europe’s Deputy Program Director for the human rights group, Amnesty International. He believes European states are not seriously trying to break the Romas’ cycle of discrimination and poverty.

“The Roma people are the largest minority in Europe, but it is not just a matter of numbers.

It is a matter of severe and entrenched discrimination that the Roma people have been subjected to in Europe,” says Mr Diaz-Jogeix.

Mr Diaz-Jogeix believes that a tendency of many Romas to live in caravans has given rise to negative impressions about their lifestyle, and has contributed to their marginalisation.

“The great vast majority of the Roma people are not nomads.

The people live in towns, but the prejudice against them has resulted in no access to jobs, no access to education,” he says. Mr Diaz-Jogeix says in many European countries, Roma children have been forced to attend segregated special schools or segregated classes where they study according to an inferior curriculum.

He says in some cases, they are even treated as “stupid” and “disabled”.

“For example in Slovakia, the administration are treating the Roma different from the mainstream population and placing the children in school that are meant for people with mental disabilities,” he says.

Angela Kocze is a former president of the Hungarian-based European Roma Rights Centre, which lobbies for Roma rights across the continent. From a Roma background herself, she currently researches Roma issues for the Institute for National and Ethnic Minorities at the Hungarian Science Academy.

“There are several human rights reports which pointed out that Romani children are facing serious obstacles in the educational system.

The often unemployed Roma tend to live in segregated, substandard housing, and face much lower life expectancy than that of non-Roma. Forced evictions have left thousands of Roma without homes Europe-wide.

Romas are also often perceived as criminals. But according to the United Nations Development Program, many of the crimes committed by Roma can be linked directly to poverty – like stealing of crops. Recently, the Second European Roma Summit took place in the Spanish city of Cordoba.

Mr Diaz-Jogeix from Amnesty International, who was present at the event, says he was disappointed with the absence of European government representatives promising political action. “The agenda of this year’s conference looks at the exchange of best practice among member states of the European Union.

However Amnesty International would have liked to have a far more political leadership from the European Union, reminding the obligations of the member states not to put specific categories of people subject to discrimination for example in the areas of health, in the areas of education and subject to force evictions in many countries in Europe,” he says.

The Roma in Australia face different hardships to their kin in Europe. Here they are not discriminated against, and in fact are barely even recognized. That’s a situation that Yvonne Slee, from the Sinti-Romani Organisation in Queensland, is trying to change this, through running education courses about the culture of her people.

“It is misunderstood, sort of stereotyped, you know not understood as a culture, they sort of see us as a Hollywood gypsy and we do not seem to get the right acknowledgment for our culture here and it is very hard to get it across.

People do not understand, so we have to do, like I do, cultural exhibits to educate or to do talks at schools to make them understand what culture we are, otherwise we get overlooked often and it is, well quite, we get left out again, our kids get left out again that way as well,” she told SBS.

Is cyanide safe to use in mining?

Blood in the water 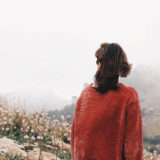